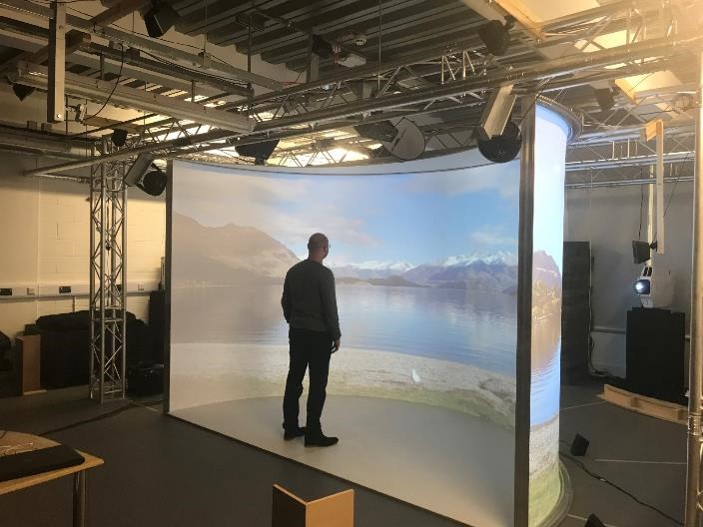 The Perceptual Experience Laboratory (PEL) is a unique, goggle-less mixed-reality user testing environment that can be configured to accurately represent virtually any environment, real or imagined in terms of sight, sound, smell, temperature and air movement. The facility can be configured in as little as half an hour.

PEL was developed in collaboration with Prof. Robert Pepperell and Alistair Burleigh of FovoLab. Design and build of the current version was completed by Dr Joe Baldwin, who continues to coordinate the lab’s day-to-day development and operations. PEL is comprised of a 2.5 metre high, 5K resolution cylindrical rear projection screen wrapped 200° around the participant. 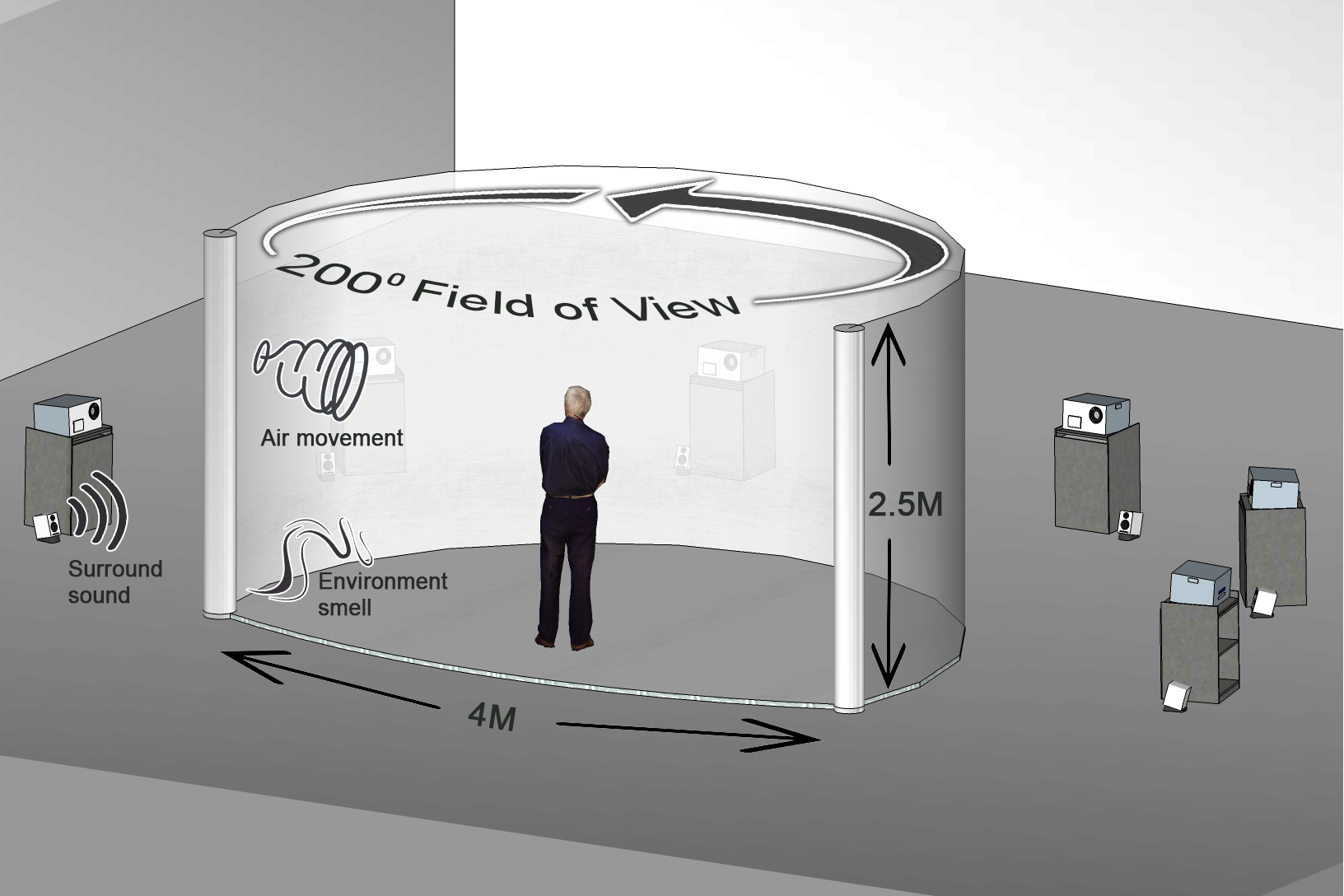 Smell, environment temperature, three-dimensional sound, air movement, digital projection, physical objects and actors are used to emulate environments realistically at a multi-sensory level, while body movements, eye movements, heartbeat variability and galvanic skin responses can all be monitored via state of the art user observation systems including timecoded video and audio recording from multiple sources. PEL can simulate virtually any environment in laboratory conditions. Its uses include food product testing, diagnostic testing of vision conditions, testing in dangerous environments, remote testing scenarios etc. PEL offers immersion levels literally impossible in any other facility. Its ultimate goal is the development of a new type of VR.

Accurately portraying the 3D world in 2D is one of humans’ oldest quests. FovoLab’s work in non-linear perspective imagery represents the new front line in this quest. Linear perspective – discovered in the early fifteenth century – remains the basis of most imaging technologies, including photography, cinematography, computer aided design, video gaming, x-rays, VR and AR. Elegant as it is, linear perspective models how light travels, not how humans experience and record visual experiences. Anyone who has ever tried to photograph the majesty of a beach or the grandeur of a cathedral will know that photographic depiction is no substitute for visual experience. This is because the multi-sensory human perceptual system captures and processes far more information than can be captured in an optically-derived photograph. E.g., the proportions and layout of our visual field change according to our chosen point of awareness, a reason why many artists create paintings with a single intended fixation point. Since 2011 FovoLab has been developing new ways to depict the world on two-dimensional images – PEL represents the cutting edge of that work.